I had so many pictures I couldn't fit them all into one post! 💗 After we left Cozad we went south to Arapahoe. I have been to their quilt shop before and they are probably some of the friendliest people around. Although I could say that for any of the shops I went to this day. Lots of really good people in western Nebraska! Okay, time for more pictures. I know that's what you want to see anyway. 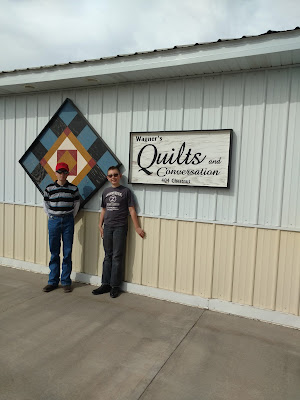 Wagner's Quilts and Conversations
The ladies here told me that they have several boys who come to their classes and are good sewers. They thought maybe the boys might be interested. Too bad it's so far away. They also have embroidery classes for kids and apparently it's a popular class. 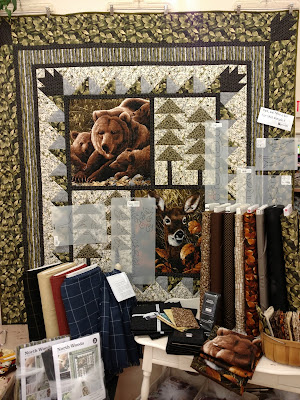 My boys thought this quilt was pretty cool~ 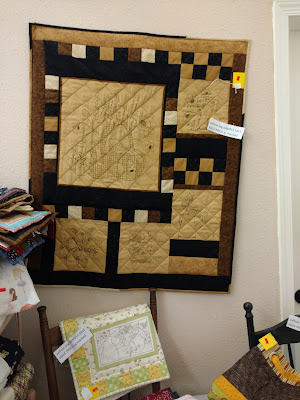 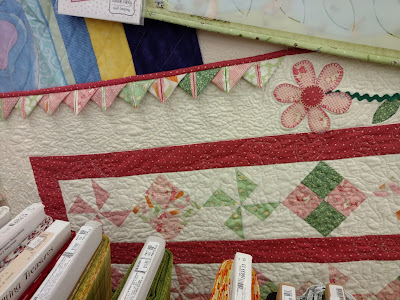 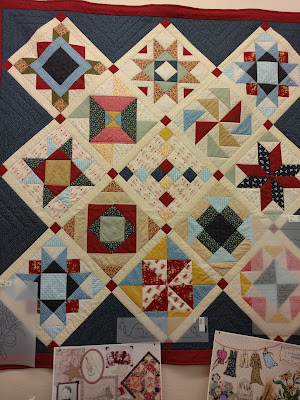 We couldn't leave this store until I bought Alex the Case IH print. I guess I am making him a wall hanging to hang over his bed. I will post a picture when we get it done. 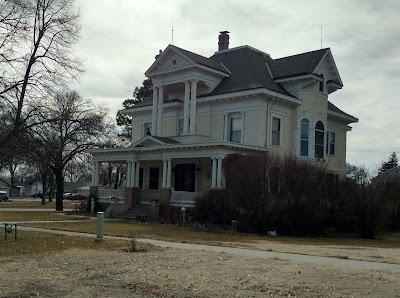 This is a bed and breakfast in Cambridge. The sign says it's on the National Register. It was pretty impressive. I wish we could have seen the inside. 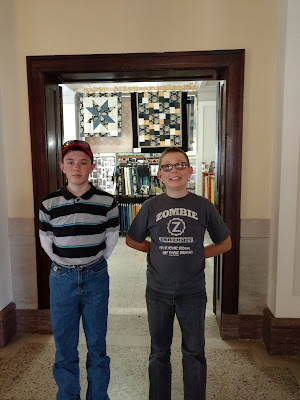 Sew Blessed
This store is in McCook and is in a huge six story building downtown. The ladies said it was originally a hotel and someone has gone to a lot of effort to restore it. The building is just beautiful! A very nice lady who works in the building took my boys for a tour and they got to see much more than I did. They had a blast and talked about it all the way home.
Sew Blessed is a fairly new store, I think she said two years old. The staff was super friendly and she had a great variety of things. She had a large supply of wool and wool patterns so I bought a pattern that I fell in love with. This should be fun! She also has website where you can order online. 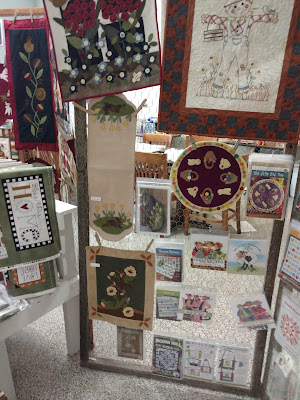 Meanwhile I looked around the shop. Isn't this a cute way to display things? Just chicken wire on  some old wood. 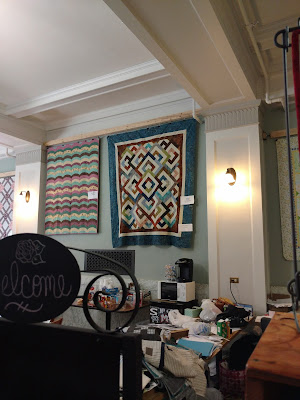 See the beams and the detail in the ceiling? I almost forgot to look at the quilts! 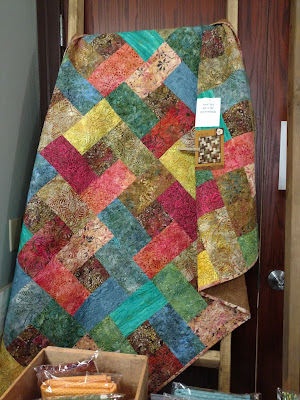 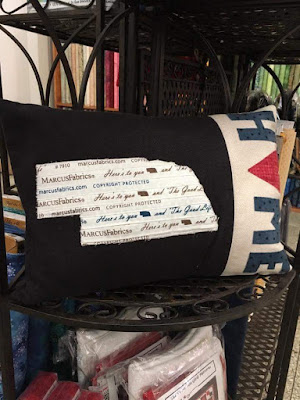 One of my favorite projects, the state is made out of selvages 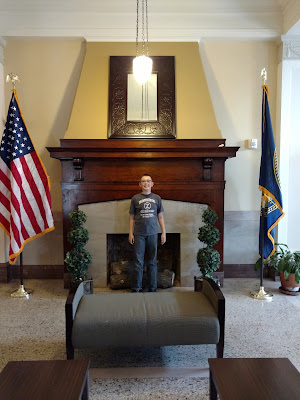 Alex standing in the lobby of the building 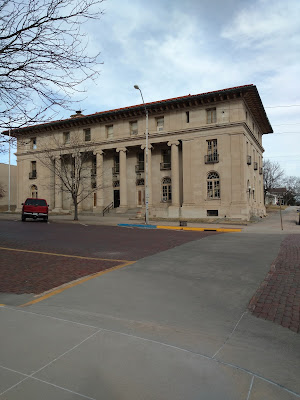 This building caught our eye. It is the old post office. I think they said it's an antique store now but was closed. I never realized that McCook was so large that they required such a large post office. 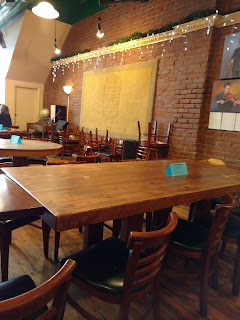 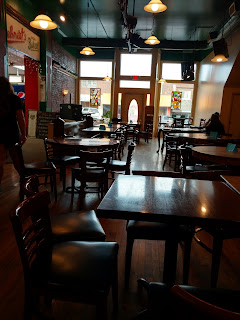 These are pictures from the bakery downtown. The brick and wood were beautiful and I wish I could describe the smells. They were carmelizing onions for pizzas. Mmm, heavenly! We saw a lot of places we wanted to check out but by that time we were getting tired and wanted to head home. Hubby often goes this direction for work so we may hitch a ride sometime and have him drop us off while he goes on. There was a museum that caught the boys eye and a playground they wanted to try out.
This day was kind of a test run. I had written earlier that it's my goal to hit all 31 stores this month. It's a pretty ambitious goal and I'm not sure the boys are up for the traveling and hanging out in fabric stores, but they had a good time. One was kind of grumpy on the way home so I wasn't sure it was a success but when we got home he was making a list of all the places to go and mapping it out. So I guess it was a success! We hope to hit the stores in the western part of the state later this week and take a tour of Scottsbluff too.
I hope you have enjoyed the pictures. It's fun to share them with others.

Posted by Huskerbabe at 1:00 AM

Love your road trip!!! I always enjoy visiting quilt shops in new towns! Looks like you had a wonderful time. Good luck on your new project.