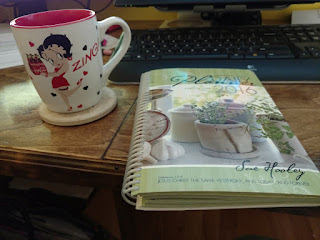 This is usually where I start my day, at my desk, with my coffee and my planner.
I would say this is my favorite coffee cup because it is the only one I will use. Seriously, I could get rid of every other cup in my house. :)

Teaching My Kids to Listen to Current Events

One of the things that I notice in our younger generation is that they don't seem to have a clue about what is going on in the world around them. I was remembering how we used to read the Weekly Readers in school and wondered if I could find something similar. I found something better! CNN has a daily broadcast of student news. It's about 10 minutes long and they keep it fresh and interesting for middle and high school age children. It is hosted by Carl Azuz, who is witty and interesting. Even my 11 year old son with special needs will watch the whole thing. ( I don't know how much he gets from it, but it is getting him interested in life outside our home.)
Anyway, back to the broadcast. You can find it at  CNN StudentNEWS. And yes, for my conservative friends I know that it is CNN. But the news is interesting and what I have watched is pretty straight forward reporting without bias either way. I wish we could find more of that! The program has given us something to talk about over the supper table and my 12 year old is learning to pay attention more to what is going on in the world. And that was the whole point of the exercise. So far this has been one of the best additions to our school year. I hope you find it helpful too.
Posted by Huskerbabe at 1:00 AM No comments:

I Thought We Were Better Than This

I try not to talk about political things on my blog. It's not because I don't have strong convictions but rather because someone usually has to point out how uneducated or ignorant I am. So I usually keep my thoughts to myself. Today I am going to make an exception.

Living in a small town in western Nebraska it is easy to become insulated to the outside world. We don't have street gangs or slums. I don't worry about driving through unsafe neighborhoods or feel unsafe going out after dark. And I have never had to worry that I might be treated unjustly because of the color of my skin. I grew up in a white county in a white state and racism never really affected me much until my friend moved to town when I was in 5th or 6th grade. She was native American. In our tiny little community I was stunned to hear the things said about their family. And I was confused. Because she was very nice, very pretty and very smart, how could people dismiss her just because of the color of her skin? That was when I decided that I would value people for who they were not what they looked like. This decision helped me greatly when I married a military man and we traveled to new places with new people in our lives.

In the first few years of our marriage I got to know a lot of people who were of different races than me and I learned so much from them. It wasn't the things we talked about that I learned from but rather just the way they lived and how their childhoods had affected them. For instance, my beautiful Hispanic friend who was a fastidious housekeeper and fanatical about her children being clean. She commented once that all of her life she had heard people talk about " those dirty mexicans" and she would never give them reason to say that about her. This broke my heart and it was an example to me of how words can change ones life.

But there is so much more to this story. There are the athletes who are not standing for the national anthem and people are enraged. And why are they so angry? I had to really think about this because at first it made me angry. I didn't see this so much as a civil protest but as a slap to our service men and women who fought for this country. BUT...our country was founded on this kind of principle of protesting injustice. Theses athletes are not refusing to play, they are not inciting riots, they are simply quietly making a statement to show that they see injustice and a need for a change. I have enclosed a link below to a press conference with a Nebraska football player. I wept when I listened to him. This was not the action of a man looking to get attention but a man with true convictions, a man who loves his country and his God. And to think that people here in my own state actually said that he should be hung made me so incredibly sad.
http://www.1011now.com/content/news/Husker-players-share-why-they-kneeled-during-National-Anthem-394851001.html

So this leads me to my dilemma. How do I as a middle aged homemaker in nowhere Nebraska make a difference? Well, I think the first thing I can do is ask God to help me see opportunities here in my own community. I can teach my children and grandchildren to be color blind. If I see a racial or social injustice I need to stand up and speak against it. I can encourage others to love as our heavenly Father loves. I can pray for the people that have a louder voice than me to walk wisely and humbly as they speak out. I can write to my congressmen and ask them to find better ways to help the downtrodden with real solutions to better generations not just give handouts to make people dependent.

It is just a drop in the bucket but drop by drop the bucket will eventually become full. If every mother in America would teach her child to see the person behind the skin color we could make an amazing impact on the world. If we aren't better than this we certainly can be....and we should be. 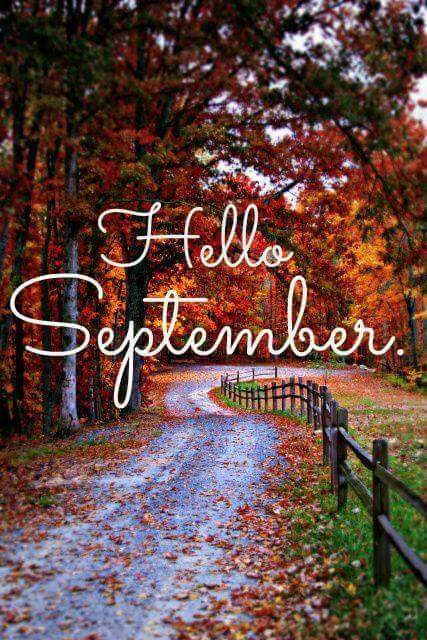