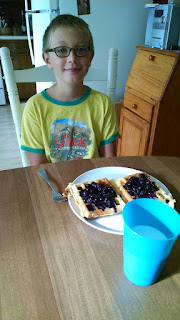 Posted by Huskerbabe at 6:57 AM No comments:

A Book Review of Legends of King Arthur and His Court 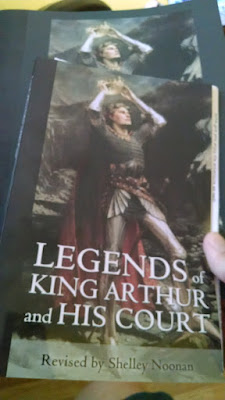 I was sent this book by Shelly Noonan as she was looking for people to review it. It is a revised book that was originally written in 1901. It also came with a study guide written by her son. I was excited to read this to my boys as they have never really heard much about King Arthur. I expected it to be a quick summer read as it is only 10 chapters. And it is a quick read. But when I got to looking at the study guide I realized that it was more than just some questions I could ask after we read the story. The study guide is in itself a thorough vocabulary and character study about the book. So after looking at it I decided that we will be using this in the fall as part of our homeschool curriculum. It is much more than a literature study. I anticipate many good discussions about loyalty, chivalry, honor and much more.There are also sections to stimulate writing and art activities as well as research. This is going to fit in nicely with our school year.

Posted by Huskerbabe at 12:53 PM No comments:

A sad kind of day

One of our former classmates passed away on Sunday morning and today was his funeral. I was unable to go but I've been thinking about his family all day. This is the second child his parents have lost. I can not imagine their pain.

Later today I heard about the death of 4 marines working in an office in Chattanooga. As a wife of a former airman I am appalled at this attack. I hear they apprehended the shooter. I hope that Tennessee has the death penalty. My prayers go out to people that survived the attack and the families of the marines who were killed. This should not be happening on American soil!
Posted by Huskerbabe at 10:14 PM No comments: