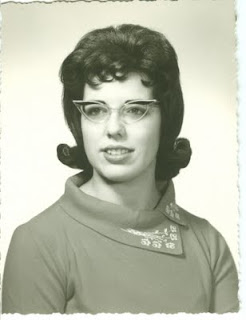 Once upon a time I was born...and I had a mommy. Hard to believe isn't it? My mother was young and I'm sure she had no idea what she was getting herself into when she got married. But you know what? She persevered. She never quit. And I know that she went through some tough times....I remember some of them. By the time she was 30 she not only had three children, but she had lost one daughter shortly after birth and had lost both of her parents.
I was thinking the other day about what I had learned from my mother. I did learn so much, but the two things that stick with me the most are to Trust God Always...and Don't Give Up. And really in the whole scheme of life, I guess there really isn't much more we have to know.
Posted by Huskerbabe at 2:03 AM

I love this post about your mom. She certainly was a special gal. Thanks for sharing her story.