When I first head of Plexus Slim it was on Facebook. I was seeing people rave about how this was such a great drink and how they felt so much better! I figured it was just a new gimmick to get you to spend money. But then an acquaintance kept posting about it over and over.  This was a lady that I actually knew. This gal was someone who I knew and I could trust her integrity, and she had been diagnosed with MS, slowly getting worse and worse. I have to admit her facebook posts were getting a little annoying but then she started posting about being able to climb the grain elevator for the first time since she'd been diagnosed. The next thing I knew she was posting about doing cartwheels! I was amazed, So I decided that maybe I should try this "pink drink" and see for myself.

You see, I actually knew about the importance of "gut health" long before everyone started posting about it on Facebook because we have a son who was on some very harsh medicines at a young age and when I started looking for answers on how to help him with his developmental problems, gut health and leaky gut were commonly mentioned. That is when we started to change his diet and that is when we started to see improvements in his behaviors. So I already knew about the link to an unhealthy gut and good health, but I hadn't adopted better choices for myself. In the years since the boys had come to live with us my health was quickly deteriorating. I attribute much of it to stress but it was also the fact that Coca Cola was my beverage of choice and the fact that I had gained fifty pounds in ten years. I hurt all the time. When I got up in the morning the first thing I did was take four Ibuprofen and again at night when I went to bed. I was miserable and cranky according to my husband. (smile) The inflammation in my joints was causing a lot of pain, all the time. By early afternoon I was exhausted and usually needed a nap to get through the day. At night I hurt so much I never really slept well. I was pretty much a disaster.

To be honest, I didn't think Plexus was going to really help me but I really wanted to find a way to lose some weight and helping to balance blood sugar with the Pink Drink seemed like an easy way.
I knew that to see any changes in my health I needed to commit to at least 3 months of trying something and I knew I needed to be consistent. See! I already knew all of this I just didn't do it!
In June 2015 I took the plunge and ordered my Plexus. I didn't tell anyone, except my daughter because I ordered it through her. I wanted to see if I could lose some weight without making a big deal about it. I committed to using it for three months and was very nervous because I had tried all those shakes and meal replacement things before and after a few days I could barely get them down without gagging. So...

I took my Plexus Slim every morning when I got up with two Bio Cleanse. At noon I took two Bio Cleanse. And right before bed I took two ProBio. Now I know that I should have slowly scheduled in the BioCleanse because when you first start taking it the cleanse part really works! The amazing thing was that I didn't mind the Slim drink at all. I didn't get tired of taking it and I actually looked forward to it in the morning. I wish I could say that the pounds just magically melted away but they didn't. In all fairness it took me years to accumulate them so I couldn't expect a miracle drink to wash them away just like that. But slowly I was seeing some miraculous changes in the way that I felt. About two months in I realized that I didn't hurt when I got out of bed. I had quit taking the Ibuprofen. And I hadn't had a headache in weeks. Another big thing I noticed was my stomach problems were gone. I had struggled with stomach issues for all of my adult life, mostly nausea almost every evening often keeping me awake late into the night. I was feeling enough better that I felt it was worth it to keep taking the products.

Fast forward 18 months later and I am feeling better than I have in twenty years! For me Plexus has truly been an instrument to better health and maybe winding back the clock a few years. I am slowly starting lose to weight, and I am okay with that because I know a healthy way to lose is to do it slowly. I am moving without pain, the pain in my joints is gone. I can take my wedding ring off with ease, maybe too much ease as I'm worried I might lose it someday. And sometime last summer I realized that I was no longer feeling tired in the day. I couldn't even remember when I had taken a nap. It was all kind of subtle but it was big! That's when I realized what a big deal a healthy gut really is! I have two busy preteen boys that I need to keep up with, Now I finally feel like I can do just that!

So why am I telling you about this? Because I wish everyone could take charge of their health and feel better. If telling people about a way to regain good health helps just one person to feel as good as I do then I will shout it to the moutaintop!
Recap:
No joint pain
No pain relievers
No headaches
No fatigue
No indigestion every night
An overall feeling of better health!

Is this for you? What if it could change everything!

Here is a link to our catalog if you would like to know more about Plexus. If you have any questions then please email me at kristuttle@outlook.com  I would love to help others.
https://backoffice.plexusworldwide.com/kristuttle/media/shareables/plexus-product-catalog.html 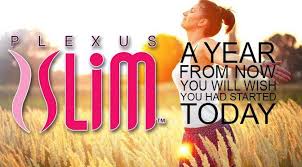 Posted by Huskerbabe at 9:50 AM